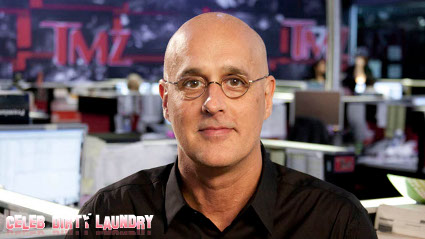 Reports surfaced recently of the untimely death of Jim Paratore, the founder of TMZ and the producer of many television shows, including The Ellen DeGeneres Show.

Paratore was on a bike trip in France when he experienced sudden cardiac arrest. He was only 58 years old.

Paratore previously held the position as President of Telepictures, a division of Warner Bros. He was the mastermind behind TMZ, the now go-to site for all celebrity mishaps and scandals. He was one of the most powerful television execs of his era and after Ellen DeGeneres’s coming out episode, many television producers refused to touch her. Paratore took DeGeneres’s brand and went to every station and attempted to sell her to the masses. He was correct in his decision to support her. DeGeneres was catapulted into superstardom with her self-titled, uber popular talk show and is currently ruling the viewership figures with her quirky and fun-loving personality.

DeGeneres tweeted this morning, “My friend, producer and champion Jim Paratore died today. He gave me a chance when no-one else would. I love you, Jim.”

Jim Paratore has a slew of executive producer credits to his name, including “Lopez Tonight”, “TMZ On Tv” and “The Bonnie Hunt Show.” He is also credited as producer for shows such as, “The People’s Court”, “The Bachelor”, “Extra” and “Judge Mathis”.

Jim Paratore is a massive loss to the entertainment and television industry, with numerous celebrities mourning his death.

He is survived by his wife, Jill Wickert, and his daughter, Martinique Paratore.