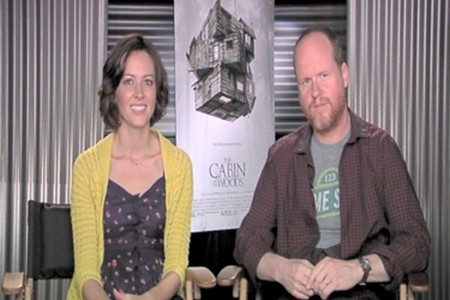 Celeb Dirty Laundry‘s very own “Mr. Hollywood” Shannon Rose of the hit Hollywood news report “Rose Hollywood Report” had an opportunity to sit down with Actress Amy Acker and Screen Writer Joss Whedon about their new movie “Cabin in the Woods”.

Joss Whedon has wrote many great movies throughout his career including “Much Ado About Nothing” (screenplay), “The Avengers” and “In Your Eyes.” He created many segment of the TV series “Dollhouse”, “Buffy the Vampire Slayer” and “Angel”.