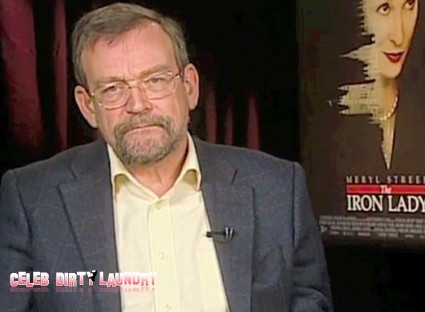 Celeb Dirty Laundry‘s very own “Mr. Hollywood”  Shannon Rose sits down for The Rose Hollywood Report and talks one on one with Political Biographer and Author of “The Iron Lady” John Campbell.  His story was the basis for the movie “The Iron Lady” starring Meryl Streep as Margaret Thatcher, Britain’s first female Prime Minister.

“The Iron Lady” depicts the life of one of Britain’s most notable political figures of the 20th century, Margaret Thatcher. She gains the name “The Iron Lady” from the Soviet Union as she took a strong stance in the cold war, working side by side with President Ronald Reagan.

Campbell’s book was the basis for the historical accuracy of the movie. His years of writing has earned him numerous awards and best selling titles. In this interview he talks about the role his book played in the movie, what he thought of the casting, and how accurately the movie portrayed this strong woman in politics.