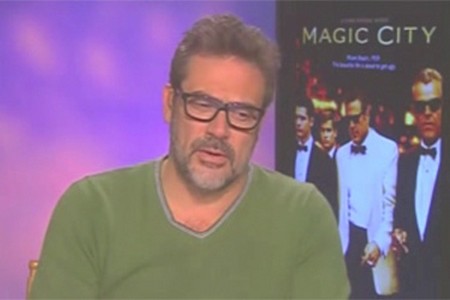 Celeb Dirty Laundry‘s very own “Mr. Hollywood” Shannon Rose recently had the opportunity to interview Actor Jeffrey Dean Morgan about his new original drama “Magic City” and his past work that he’s so well known for.

Jeffrey Dean Morgan starred in “Star of Watchmen”, “The Texas Killing Fields”, ” The Losers”, “Gray’s Anatomy”, “Supernatural”, “Weeds” and most recently “Magic City” a highly anticipated original drama. Having worked nonstop in back-to-back features the past few years, Morgan has captured the attention of Hollywood and has emerged as one of the industry’s most sought-after leading men.

In the interview Morgan discusses his role on “Magic City” and what made the part so enticing for him to accept. He talks about his character and if his character was anything close to his real personality. He also talks about other upcoming films and projects he’s working on.