Exclusive Interview: With Man on a Ledge’s Anthony Mackie 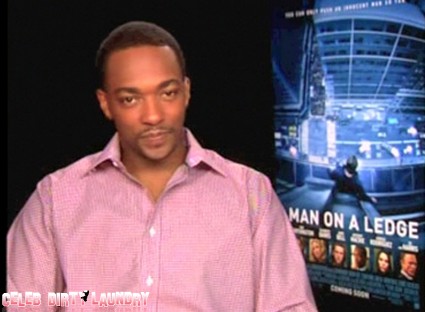 Celeb Dirty Laundry‘s very own “Mr. Hollywood” Shannon Rose sits down and talks with Anthony Mackie who played “Mike Ackerman”, former partner of “Nick Cassidy” on the hit movie “Man on the Ledge”.

“Man on a Ledge” is about a former police agent who was accused of stealing a very expensive diamond, a diamond he was assigned to protect. He was sentenced to 25 years in jail. Knowing he was set up, he concocts a elaborate plan to prove his innocence by breaking out of jail and sat on a ledge of a New York hotel. Meanwhile, his brother and Fiance are in the jewel owners business trying to get to the diamond to prove him innocent.

Shannon talks with Mackie about the movie, about his role, and what was fun and different about this movie. He also talks about his role portraying TuPac in “Notorious”.