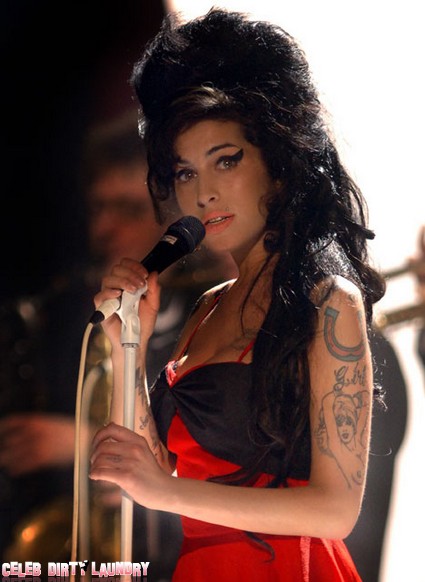 The collection in question was unveiled a couple of days ago at Paris Fashion Week. Models in the Gaultier show strutted their stuff in pencil skirts and corset dresses. Both Winehouse wardrobe staples. But it didn’t stop there – they also sported beehives a la Amy, heavy black eye makeup and smoked cigarettes on the runway. And if that wasn’t enough the late British singer provided the soundtrack as well.

The Rehab singer’s Dad sent a message to Amy’s fans online as soon as he learnt about the show. He tweeted ‘We don’t support the Jean Paul Gaultier collection. It’s in bad taste‘. He then told The Sun ‘We’re still grieving for her loss, and we’ve had a difficult week with the six month anniversary of Amy’s death To see her image lifted wholesale to sell clothes was a wrench we were not expecting or consulted on‘. He says the dark nature of the show and chain smoking ‘glamorises some of the more upsetting times in her life‘.

Mitch says Amy had an iconic, individual style. He added maybe if the fashion designer had offered to make a donation to The Amy Winehouse Foundation in exchange for using her image he might not be so angry. Gaultier says he never met the singer who passed away six months ago aged 27. but added their ‘styles had always been similar‘.