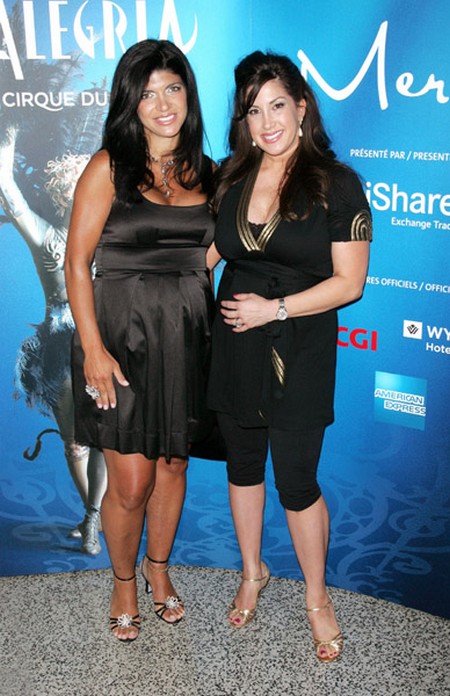 A few weeks back on RHONJ Teresa Giudice’s daughter Gia acted like a spoiled rotten, tantrum throwing brat (sounds like her mom, doesn’t she?) when the other team won a family field day challenge.  Jacqueline Laurita stepped in to try and calm the over-reacting child and Teresa completely flipped out and claimed that Gia was being viciously attacked by the other mothers who were present.

Jacqueline wanted to read Gia a book that would have taught her a thing or two about the proper way to behave and Teresa was furious.  Jacqueline now says she is completely over the situation that had unfolded.

“In retrospect, do I think I should have read her the book? My answer is NO, and I apologized for that many times,” Jacqueline said.  “I love Gia and I also tried to comfort her and tried to convince her to come back to joining field day. I even rewarded her with Provolone cheese, unwarranted.  Teresa can try to spin it any way she’d like but she, or anyone else for that matter, will NEVER convince me that I attacked her child or tried to belittle her,” Jacqueline said. “Teresa  did a pretty good job of belittling Gia herself when she told her Mom she wanted a bra. Sorry, but her blame shifting will never stick on me. The end!”

Jacqueline managed to get a nice little jab in there, didn’t she?  In this instance I totally side with her.  Teresa is an overly dramatic train wreck and her daughters are clearly learning that by imitating mom, they’ll also get their way almost every time.

What do you think of the feud between these two?  Did Jacqueline overstep her bounds or is it about time someone calls Gia on her bratty, entitled behavior?  Tell us what you think in the comments below!