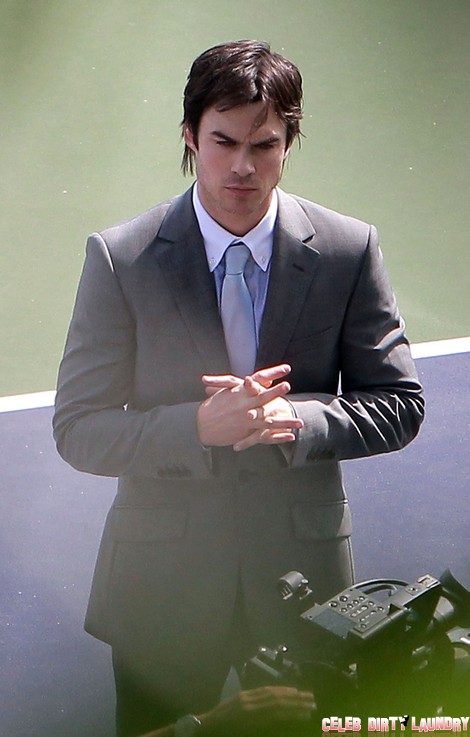 The coveted lead role of Christian Grey is one of the most sought after prizes in Hollywood. Several of the entertainment industry’s leading men have been touted for the titular role, but perhaps none more so than Vampire Diaries’ resident mannequin, Ian Somerhalder.  During another Fifty Shades of Grey poll – there are thousands out there – Somerhalder was once again chosen for the titular lead role. Somerhalder led the pack with 2 900 votes, while Matt Bomer and Henry Cavill’s combined total did not even make up half of Somerhalder’s votes. It’s a sign that the general public wants him to be Christian Grey – no matter what anyone says.

In this official MStarz News poll, a commentator said, “He has the dark and sexual look he would do it justice [sic]” Another fan of the trilogy wrote, “When I started reading the book I pictured Ian as Christian.” Yes, Somerhalder might be the perfect Christian, but this is one of the most predictable casting moments in the history of cinema. He is a clichéd choice. Also, it’s not a democratic vote, it’s a film casting.

This farcical helter-skelter won’t be ending anytime soon, so if you’re sick and tired of the Fifty Shades of Grey phenomenon, raise your hand and smile like Mickey Rourke.