Fifty Shades of Grey: Matt Bomer Is Too Old To Play Christian Grey – Kicked Out Of The Race (Video) 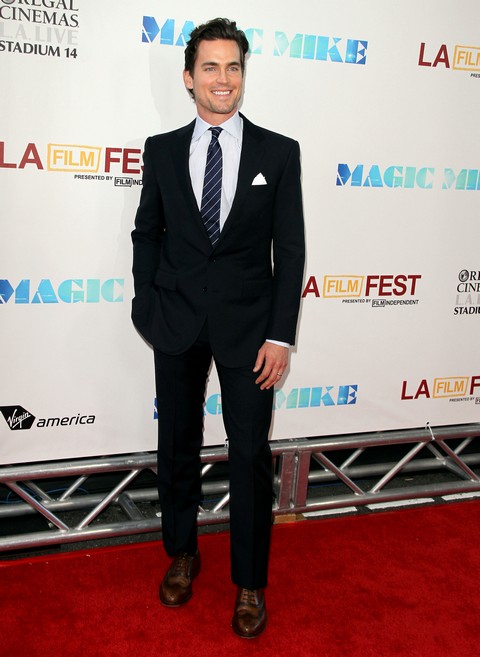 The Fifty Shades of Grey casting war is raging on like a drunken group of elderly people at a playground. According to Hope at Celebs Gather, the initial idea of casting Matt Bomer in the role of Christian Grey has now been placed on the back burner. Hope writes, “Rumor has it that the producers will not give Bomer the titular role of Christian Grey, and it won’t be because of Bomer’s sexual orientation or even because he’s recently fallen behind in the polls. It will be because he’s too old.” That’s a crying shame.

During a recent Latinos Post poll, Bomer lost out to the current front-runner Ian Somerhalder – Bomer received twenty-eight percent of the vote, while Somerhalder received forty percent. In a Twitter-based poll that solely pitted Bomer and Somerhalder against one another based on their shirtless appeal, Bomer won the majority of the vote – it’s not surprising if you observed this man in Magic Mike. Hot blooded persons grabbed for their asthma pumps when he appeared on screen.

According to the casting producers, Bomer “is honestly… too old. He’s 35 and will be 40 by the 3rd movie.” We do, however, highly doubt that Bomer’s sexuality played a role in the decision to not cast him in the titular role. Bomer’s acting doesn’t come across as solely hetero- and/or homosexual; instead, Bomer breaks the stereotype of what society’s idea of a typical homosexual actor should be. And for that, he should be lauded.

The Fifty Shades casting war will not die down soon, as many a hot blooded actor in Hollywood is currently vying for one of the most important roles in recent cinematic history. Who do you, Celeb Dirty Laundry readers, think should be Christian Grey? Would Matt Bomer have worked for you? Will Ian Somerhalder be the perfect choice? Let us know your thoughts in the comments below.