First Look At Jeremy Renner In The Bourne Legacy 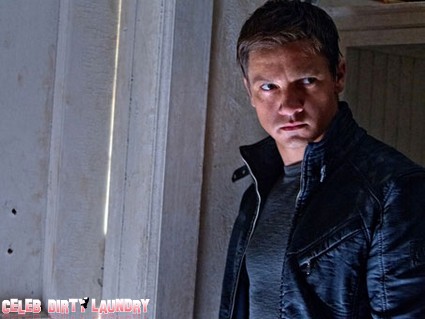 As we all know there’s a new ‘Bourne’ movie on the way without Matt Damon. If you still can’t quite believe he’s not in the fourth installment in the series – here’s the proof. This is the first picture of Jeremy Renner as killer agent Aaron Cross from The Bourne Legacy.

We have a bit of a wait for the action blockbuster. It doesn’t hit theaters until August 3, 2012. In fact they’re still shooting – so details are pretty sketchy at the moment. We do know the film co stars Rachel Weisz, Edward Norton, Joan Allen, Albert Finney and  Stacy Keach. There’ll be no Jason Bourne which means there’ll be no cameo from Mr Damon.

Apparently lead character Aaron Cross has the same type of background as Bourne and inhabits a similar world. Renner has let slip that Aaron will also go by several different names in the movie. Apart from that it’s all a bit of a mystery. More details will be leaked over the next seven months.

Renner has a lot to live up to. The original trilogy – The Bourne Identity, The Bourne Supremacy and The Bourne Ultimatum – did major business at the box office. They also made Matt Damon a big star.

Meantime Jeremy Renner – who’s currently on the big screen in Mission Impossible: Ghost Protocol – is recovering from some real life drama in Thailand. As we reported on Celeb Dirty Laundry yesterday the 40 year old actor was attacked in a bar brawl on the island of Phuket. Jeremy’s companion was stabbed in the neck and stomach.