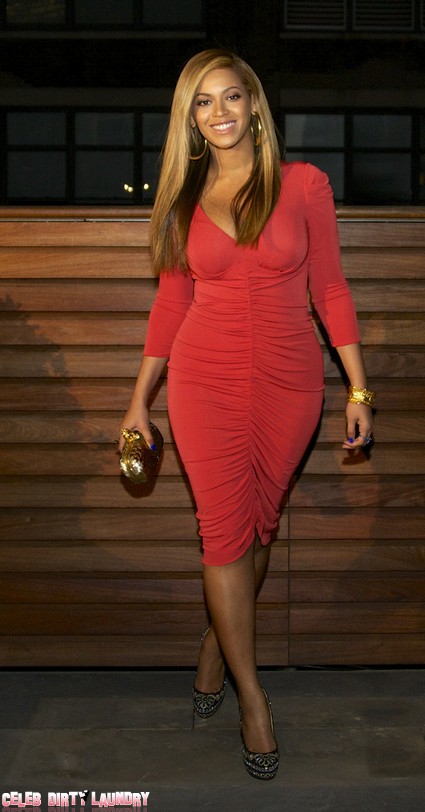 Bey was spotted out in New York last night being the good little wife she is for husband Jay Z. She stepped out for a charity gig at Carnegie Hall and stole the show with an amazing figure hugging orange dress. But all eyes were on her fingernails. They were blue! An obvious homage to her little girl who was being looked after by one of the couple’s six nannies.

Jay Z also had Blue Ivy on his mind. He performed the track Glory which was released just days after his daughter was born and even samples the infant crying. Before launching into the track the usually very private Mr Z shouted ‘One hand in the air for Blue‘. The crowd went wild and it brought the house down. But he admitted some nerves to MTV after the show ‘I didn’t think I was gonna make it through that one, that was tough.’

While it was nice to see Mr and Mrs Carter out and about…we really want to see the most famous baby in the world! It’s been a month and there’s not been one picture of Blue. The longer we have to wait the higher the bounty on a photo goes. It’s the most wanted celebrity pic in the world. It could fetch up to $14 million. We’ll just have to keep waiting …