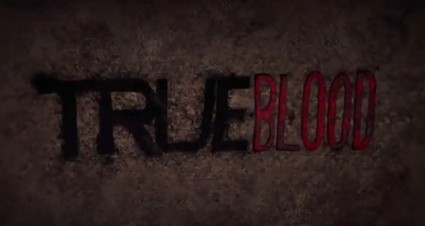 Truebies get excited!  A new promo has been released by HBO for True Blood season 5.  It really isn’t a promo but a teaser to keep us wanting more.  There are no scenes in the promo simply a message, ‘IN BON TEMPS NOTHING STAYS BURED FOREVER.’  This has to refer to Russell Edgington (Denis O’Hare).  The last time we saw Russell, Bill (Stephen Moyer) and Eric (Alexander Skarsgard) sealed him in a cement grave, but he vowed that he’d be back.

At the end of Season 4 Russell broke out – so the King of Louisiana is back and it is certainly something I am looking forward to!  How about you, sound out in the comments below.

Meanwhile apparently Season 5 will explore more fairies, new fairies, fairies in a way you haven’t really seen fairies.  It has been revealed that Sookie’s Faerie cousin Claude is coming to town this season. Should be interesting because in the book Claude is a stripper.

HBO really knows how to keep their fans waiting and their motto Waiting Sucks really does describe the feeling the fans get.  The exact premiere date of “True Blood” season 5 is yet to be announced and waiting does suck!  Check out the teaser below and let us know what you think in the comments!