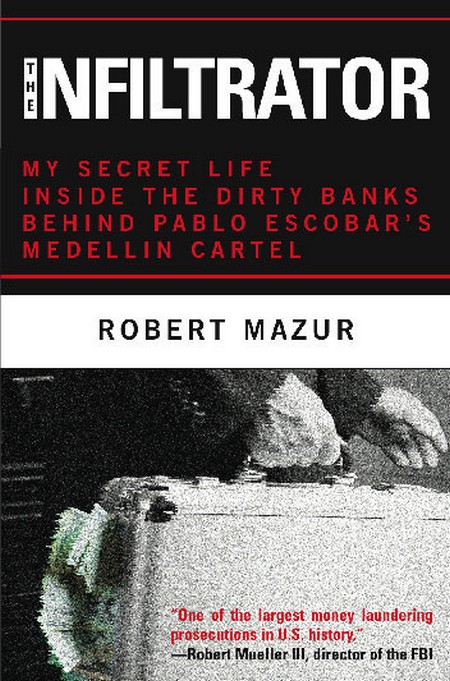 Former Undercover DEA Agent Robert Mazur told his life story of infiltrating the dirty banks behind Pablo Esocbar’s Medellin Cartel in a fast selling book titled “The Infiltrator: My Secret Life Inside the Dirty Banks Behind Pablo Escobar’s Medellin Cartel”.  That story caught the attention of Hollywood; the rights have been purchased to make it into a movie titled “The Infiltrator”.

George Film Ltd, the U.K. based development and packaging arm of Good Films, Ltd. bought the movie rights to the film.  Producer Miriam Segal is orchestrating the film’s development and Brad Furman, who directed the blockbuster move “The Lincoln Lawyer”, will direct it.

Production is expected as early as 2014.  The movie will likely include the dramatic culmination of the operation which took place at the staged wedding of “Bob Musella” (undercover federal agent Robert Mazur) who brought top players from Colombia’s mafia and their corrupt bankers to a trap.

Their arrests shook the foundation of the drug world and toppled the world’s 7th largest privately held bank; which exposed its role as the gatekeeper of fortunes for corrupt world leaders and criminal empires around the world.  In all there were over 80 arrests.