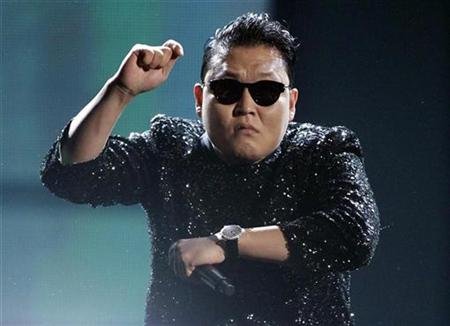 It looks like South Korean singer Psy (Park Jae sang) is really regretting some of the inflammatory comments he once made against the American people. Long before he was a huge sensation with the most-viewed video ever to grace YouTube and years before one little dance ditty made him 8 million bucks richer, Psy used his lyrics as an outlet to speak his mind and encourage the murder of Americans, including women and children.

Needless to say, this isn’t sitting well with people now, a decade later, especially after so many Americans and American celebs have helped Gangam Style catapult Psy to fame and fortune. Once the story broke the singer of course drafted a quick apology explaining that his lyrics were a direct reaction to the injustice he was experiencing around him. Yes, Psy is saying it was a momentary indiscretion…

He apologized for his offensive language and the hurt it has caused.  Bullshit!  He has merely tried to protect his brand.  It is Psy who we hope will be hurt by this.  Don’t expect the big reality shows to have him back anytime soon.

How much will Americans care? Will Psy go back to South Korea, a much richer man, never to be heard from again, or will we all let it slide and continue dancing with him? Should Psy be blackballed or given the opportunity to redeem himself? How exactly can he redeem himself – he obviously despises Americans and holds us in utter contempt, but he likes our money! Tell us your thoughts in the comments below!

Editor’s Note: If not for American armed intervention, at great cost of life and suffering, South Korea (The Republic of Korea), Pys’s home, would not exist today. Rather, it would have been annexed by the communist dictatorship which  invaded South Korea (1950), and still owns and operates North Korea as a family business (The Democratic People’s Republic of Korea – they are so democratic that they have yet to hold an election!!)  What do they say? No good deed goes unpunished.