Gary Ross Will Not Be Directing Catching Fire 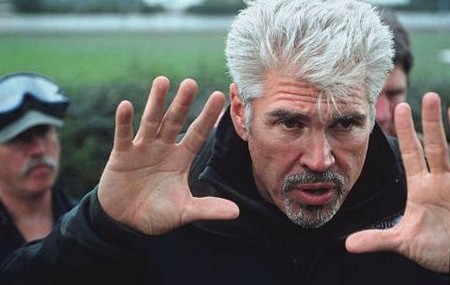 Will he or won’t he, will he or won’t he…it’s official – he will not!  Sad, but true.  Gary Ross, who directed The Hunger Games (which received breaking box office records upon it’s release) would not be directing the next installment in the franchise, Catching Fire.

Rumors were flying back and forth over the last week as to whether or not he would sit back in the director’s chair.  Unfortunately, and much to my dismay, Mr. Ross released a statement on Tuesday explaining that he would not be directing the next film.

“Despite recent speculation in the media, and after difficult but sincere consideration, I have decided not to direct Catching Fire. As a writer and a director, I simply don’t have the time I need to write and prep the movie I would have wanted to make because of the fixed and tight production schedule.”

He also thanked profusely the cast and crew he worked with on Hunger Games, as well as all the fans who constantly supported him.

“I also cannot say enough about the people I worked with: Producer Nina Jacobson, a great collaborator and a true friend; the brilliant Suzanne Collins, who entrusted us with her most amazing and important story; the gifted and remarkable Jennifer Lawrence whose performance exceeded my wildest expectations, and the rest of the incredible cast, whom I am proud to call my friends.

“To the fans I want to say thank you for your support your faith, your enthusiasm and your trust. Hard as this may be to understand I am trying to keep that trust with you. Thank you all. It’s been a wonderful experience.”

Well there you have it folks.  Now the question remains to be asked…if not Gary, then who??