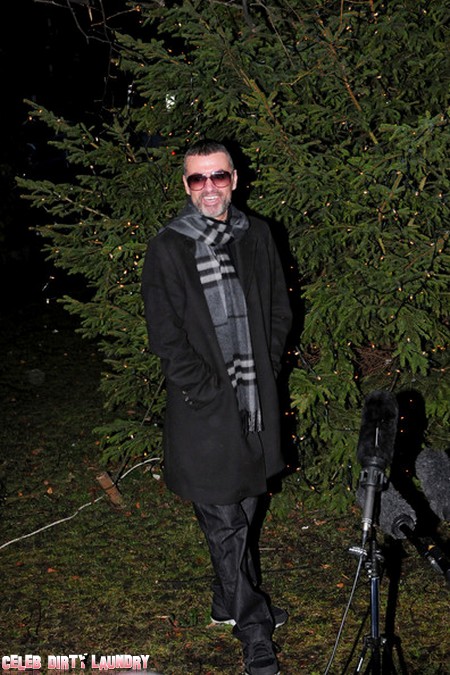 George Michael has lashed out an extremist group, Christians For A Moral America, who apparently prayed for him to die during his recent deadly illness.

George is openly homosexual and as such represents a threat to the fundamentalist ideologues who wield their vicious insanity under the cloak of ‘Christianity.’ Of course Christianity is supposed to teach tolerance, love, and kindness – while these hooligans said that George should die simply because of his sexual orientation!

George battled life threatening pneumonia at the AKH hospital in Vienna, Austria and used Twitter after “a few glasses of vino” to slam the “c**ksucking b*****ds” from Christians For A Moral America who claimed he was ill with AIDS, rather than pneumonia, and said he deserved to die because of his sexuality.

George expressed himself as follows: “did you know that while I was fighting for my life in Austria there were a bunch of those lovely American ‘Christian’ organizations, who call themselves ‘Christians for a Moral America,’ who were actually taking the time to pray for me to die.”

“How very sweet of them, considering how busy they must be on the whole.  Now don’t get me wrong, I know for a fact that many devout Christians, such as the ones I work rest and play with on a daily basis, are truly wonderful, kind hearted men and women who take the best parts of that religion and live admirable, generous and loving lives.”

“But In my opinion, and i think made evident by those who prayed for my death, there are others who use their twisted interpretations of ancient scriptures as a pathetic excuse to be…….wait for it, wait for it…….! Totally f**ked up c**ksucking b*****ds.  And not in a good way…….!”

After getting all of the above off his now clearly breathing chest, George in good spirits joked that his rant meant he was recovering:

“Oh my GOD that felt good. I must be getting BETTER!  Ok, I admit it, I’ve downed a couple of glasses of vino……life is GREAT!  I’d better go for dinner before I get in any more trouble. Love to you all, may 2012 be the BEST year we’ve known, not the last, after all x.”

Don’t mess with the George!!