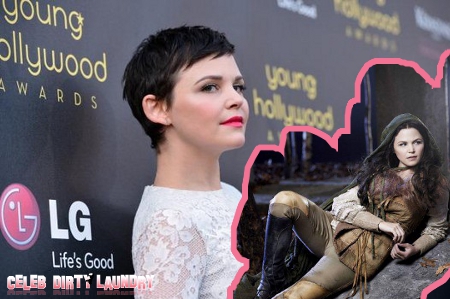 There are only two weeks left until Ginnifer Goodwin, as well as the rest of the cast and crew of Once Upon A time, head back to Vancouver to get ready for season two of ABC’s hit contemporary fairy tale drama. Fans were excited to discover in Season 1 that Mary Margaret and David are in fact Snow White and Prince Charming, and they were even more excited when the characters discovered their true identities. Season two will have the couple reconnecting with their daughter, Emma, and this anticipated reunion isn’t just exciting fans but also the cast members. Ginnifer Goodwin addressed the topic while at the Young Hollywood Awards.

“Oh my gosh, honestly, it’s the thing I’m most excited for. I can’t wait to develop the relationship between parent and child (played by Jennifer Morrison) — especially now that we’re all the same age.”

When asked if she had any inkling of how the family reunion would play out, Goodwin offered, “It’s the creators’ choice and Jennifer Morrison’s choice, but I would assume that there would be some kind of resentment there on the part of our daughter because of what she went through after we gave her up. I’m anxious to explore that.” The character of Emma could easily have serious abandonment issues to contend with, stemming from her time spent in foster care.

Are you a Once Upon a Time fan? How do you think the Charming family reunion will play out this season? Do you think the obvious possible issues will take center stage or do the writers’ have another twist in store for us? Let us know your thoughts in the comments below!