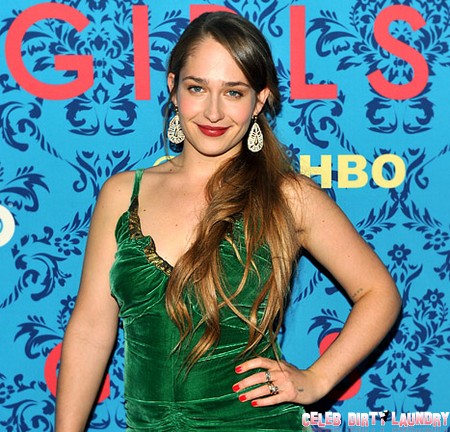 Jemima Kirke, who plays the always-funky Jessa on the hit HBO show ‘Girls,‘ is expecting baby number 2! The London born actress calls Brooklyn Heights home, where she lives with her lawyer hubby and 20-month-old daughter Rafaella.  The news of her latest addition came out at an after party for Woody Allen’s To Rome With Love in NYC on Wednesday, where a reporter was overheard congratulating her on her pregnancy.

Jemima is certainly different from that of her character on the show. Unlike the free-spirited Jessa, Jemima admitted she’s much more level-headed.

“My responsibilities are of an older person because I have the baby and the marriage and those things. So sometimes my problems can be heightened by the things I have to lose, in a way I kind of miss that a little bit, so I have the luxury of being able to be that girl again for an allotted time. I get to drop the whole mom/wife thing and be this confused girl. I get to act that out and I get into it and then I think, ‘Thank God I’m not there right now!”

And who knew that she gave birth to her first daughter just 6 weeks before filming the pilot?  I wonder what her audition process was like for the show.  Either way, thank god she was cast because her character is my favorite.  In fact, they are all great. The show is wonderfully fantastic with all the right doses of humor and 20-something girl issues.  Sure, the dialogue’s pretty expressive and doesn’t hold back, but that’s what I like about it.