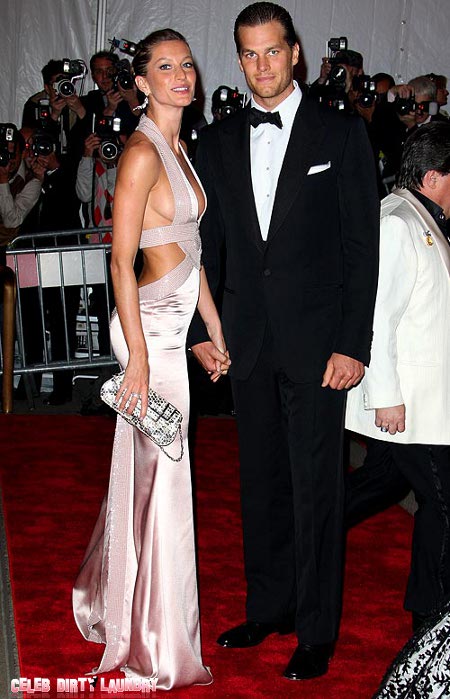 After all the swirling rumors as to whether or not supermodel Gisele Bundchen is pregnant or not, we can finally confirm that she is in fact expecting baby number 2 with husband Tom Brady.

According to Us Weekly, the 31-year-old Brazilian model and her NFL hubby of three years have confirmed the news.  The couple is already parents to 2-year-old Benjamin, while Tom also has a 4-year-old son John, with his ex-girlfriend Bridget Moynahan.

Gisele and Tom were married back in 2009, both of them having gone through several high profile romances before meeting each other and tying the knot.

The couple endured some backlash back in January – well more so Gisele – after her comment made when Tom’s team, the New England Patriots, lost the Super bowl to the New York Giants.  She indirectly blamed his teammates for their loss and received a lot of unwanted attention and criticism for playing the ol’ blame game.

No word on how far she is into her pregnancy, but my guess is she’s safe out of the first trimester if we now know about it.  Although Gisele doesn’t appear to be showing yet, she’s been spotted at the park with her son wearing much baggier clothes than usual.

Back in 2010, Gisele told British Vogue of starting a new family:

“I want more kids for sure, but I don’t know when. For Benjamin, his big brother is his hero. Jack comes in and Benjamin has a big smile. He wants to follow him around. Anything he does, he’s just in awe of him like, ‘Oh my God!'”

Let’s hope he feels the same way about a younger sibling — especially if it’s a girl!