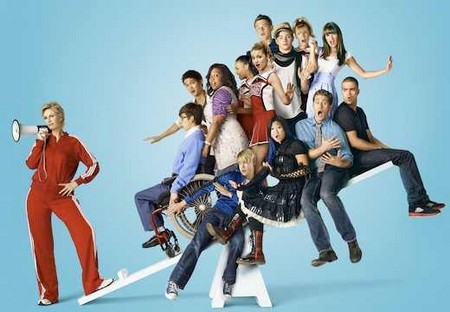 Gleeks all around the world switched on their PC’s this morning with a collective and jubilant yell. Two new cast members for the fourth season of the popular singing show GLEE have been revealed. First up is Dean Geyer, an ex-Australian Idol contestant and South African native. Dean achieved not just Australian popularity, but also worldwide attention for his model good looks and spectacular voice. He will star as Rachel’s (Lea Michele) love interest Brody Weston. He kind of looks like a Brody, doesn’t he?

The second new member is Jacob Artist, a New York native with not too many acting credits to his name. He resembles a younger, more enthusiastic Corbin Bleu from High School Musical fame. He will star as Puck’s (Mark Salling) younger brother and we expect his character will contain elements of juvenile delinquency and internal demons. He is a professional dancer, so might be a rival to Britney (Heather Morris) in the show.

Glee has experienced a slight re-boot with the fourth season, because the characters will be split between Ohio and New York, in a neo-spin-off method which has television critics scrambling for their popcorn. Ryan Murphy (executive producer and co-creator) has always wanted to bring realistic elements to the fantastical Glee, so he decided to have the characters graduate and subsequently introduced an entirely new character universe. It has been speculated that Glee will result in a spin-off show, especially after the success of the reality television version of Glee called The Glee Project.

The new season of the hit show will feature special guest stars such as Kate Hudson and Sarah Jessica Parker and Ryan Murphy has assured fans and audiences that the new season will revert back to the original, pilot season. There will be more popular music, more consistency and a stronger story arc for the different characters. The show has been criticized for its lack of consistent story arcs and random happenings which do not seem to make sense. The second and third seasons haven’t really resembled the Glee which everyone came to love and suffered from severe characterization issues and red herring story arcs. This has infuriated fans and critics alike.

Hopefully, with the new cast members, Glee will return to our television screens on the 19th of September with a newfound essence and vitality. The new fictitious universe has piqued our interest!

Let us know in the comments below if you’re a fan of Glee and if you’ll be watching!