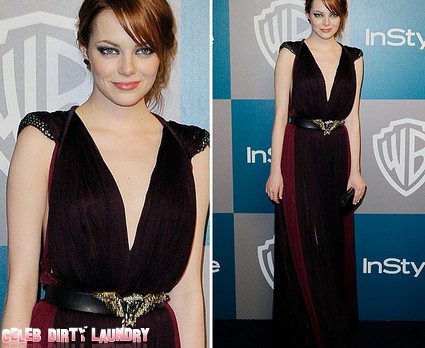 There’ll be a few sore heads in Hollywood this morning. The Golden Globes after parties were the place to be after the big awards show. In fact – some stars are probably still partying!

There a couple of big bashes where the majority of the beautiful people hang out. First up – HBO’s Post 2012 Golden Globes Awards Party held at the Circa 55 Restaurant in Beverly Hills. That’s where the True Blood posse headed including Alexander Skarsgard, Ryan Kwanten and Evan Rachel Wood. Claire Danes and winners Laura Dern and Peter Dinklage also dropped by. As did Ewan McGregor and his wife, Tim Robbins, Kate Walsh and Andie MacDowell.

Some of the stars had a brand new outfit for the after parties. Jessica Alba and Elle Macpherson both swapped their longer gowns for a more party-friendly frock. Evan Rachel Wood even donned a tuxedo for the post awards show activities!

While the parties were in full swing the fashion critics were finalising their lists of who was best dressed and who was worst dressed on the big night. Getting a tick – Emma Stone, Nicole Richie and Angelina Jolie. Getting a thumbs down – Gleek Lea Michele, Heidi Klum and Madonna.