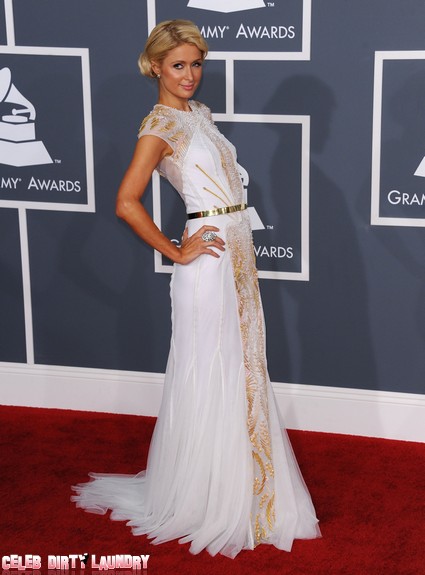 Today is Paris Hilton‘s 31st birthday! Happy Birthday Paris! Paris was born in 1981 and she is a great-granddaughter of Conrad Hilton (founder of Hilton Hotels).

Paris is one of the hardest working celebrities and spent the last year working on expanding her brand and focusing on her new album which she expects to release this summer.  When she attended the Grammy awards she revealed some tidbits about her new album, “This album is so much fun, we’ve had the best time making it.  Right now, dance and house music is really in. That’s what this album is,”she said.

Last summer she expanded her fashion brand which includes clothing, perfume, purses, shoes and is expanding to eyewear, including sunglasses and contact lenses overseas.

Add to all this the first of a planned chain of Paris Hilton beach clubs is about to open in the Philippines. There are dedicated Paris Hilton stores in more than 30 countries, and Paris has a MotoGP racing team that operates out of Barcelona.