Has Kris Jenner Destroyed Her Marriage With Another Cheating Scandal? 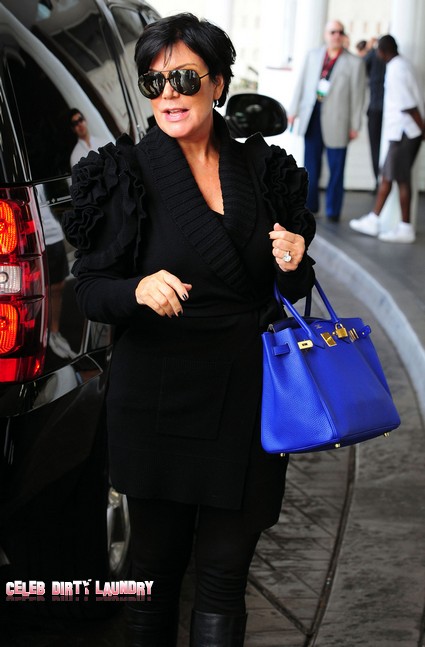 We are hearing rumors that Kris Jenner’s 20-year marriage to Bruce Jenner is just about destroyed.  In Kris’ new memoir she reveals an affair she had when she was younger and dating Bruce.   Kris rekindled that affair almost ten years later when she was bored with her marriage to Bruce.   When Bruce found out they had an epic fight.  The Kardashian girls are siding with step-Dad because they are not pleased Kris is airing her dirty laundry for all to see.

FROM THE PRINT VERSION OF NATIONAL ENQUIRER – A source reveals, “Kris single-handedly bulldozed the marriage by bragging about her shocking indiscretion and lying to Bruce about when she broke it off.  Bruce is horrified, hurt and humiliated and the girls are devastated by their mothers callous disregard for his feelings.  Kourtney, Kim and Khloe are rallying around Bruce,  They’re absolutely appalled that their mother would stoop to airing the family’s dirty laundry and hurting Brice to make a buck.”

It seems the 10% that greedy Kris gets from managing her daughters is not enough so she decided to write a candid memoir to grab more money.  Can you imagine how bad mother Kris has to be that her own daughters who the biggest famewhores in town are not siding with her?  So there you have the story of greedy Kris.  What do you think?  Should Bruce kick her to the curb?  I vote boot her fast!   To find out more about cheating Kris, pick up the current version of National Enquirer on stands now!