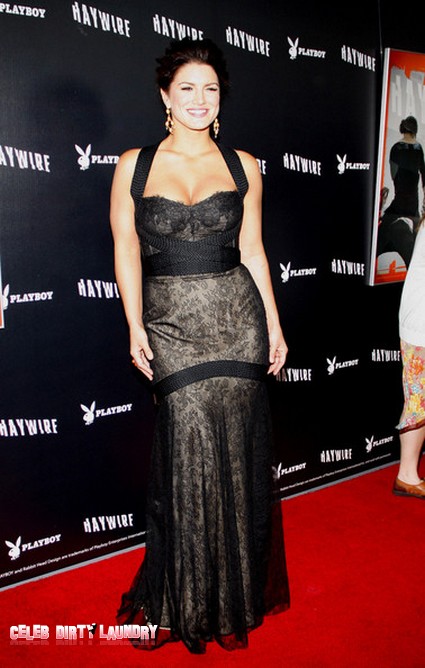 I’ve been hearing a lot buzz about the latest blockbuster film directed by Steven Soderbergh, Haywire.  Specifically when I caught the handsome (and ex-stripper I might add) Channing Tatum talking about his co-star in the film, Gina Carano.

Carano, who was virtually an unknown in the world of Hollywood movie stars, began her career as an American Gladiators champ, and was picked from the ring to star in the action packed thriller.

She started training muay Thai at age 21, and admits she was ‘completely addicted’.  Her father is former Dallas Cowboys quarterback Glenn Carano – so she’s definitely got the combat genes in her blood.  These techniques caught the eye of Soderbergh, who wanted to make a movie using a real trained fighter.

“I saw Gina on TV, and I thought, ‘She is [James] Bond,’ just in a different context.” Translation: There is no stunt double in this movie. It’s all Gina.

The movie also stars (along with Channing) Michael Douglas, Michael Fassbender, Ewan McGregor, and Antonio Banderas.  If you’re looking for an action-packed fighting movie, Haywire is it.