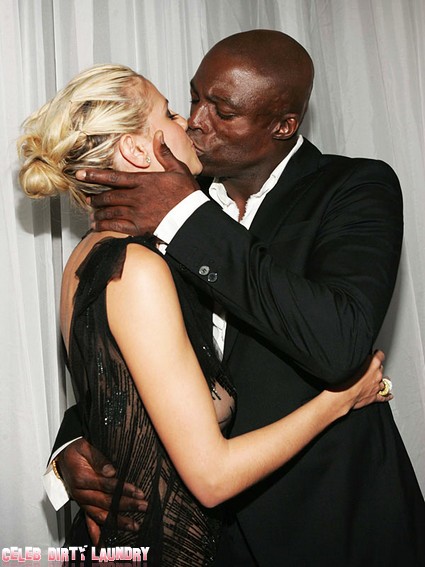 Heidi Klum and Seal are officially OVER. Celeb Dirty Laundry reported on the weekend that the almost seven year marriage was on the rocks. Now comes confirmation that the German born supermodel and British singer have called it quits.

‘While we have enjoyed seven very loving, loyal and happy years of marriage, after much soul-searching we have decided to separate. We have had the deepest respect for one another throughout our relationship and continue to love each other very much, but we have grown apart. This is an amicable process and protecting the well-being of our children remains our top priority, especially during this time of transition.’

When they say ‘our children’ they should be saying our Brady Bunch! The couple have four kids. Six year old Henry Samuel , five year old Johan Samuel and two year old Lou Samuel . Seal adopted The Project Runway star’s daughter Leni Samuel – aged 7 – when they got married in 2005.

Some might say it’s a bit rich the couple are now asking for privacy. They flaunted their love while together but want everyone to forget now that it’s gone sour. The couple famously renewed their wedding vows every year. They also did a lot of steamy photo shoots together and even appeared naked in bed in one of his music videos.

No doubt their hectic work schedules  – which many suspect didn’t help during their marriage – will keep their minds off their personal problems. Seal is about to move to Australia for several months. He’s signed on as a Judge in the local version of ‘The Voice‘.