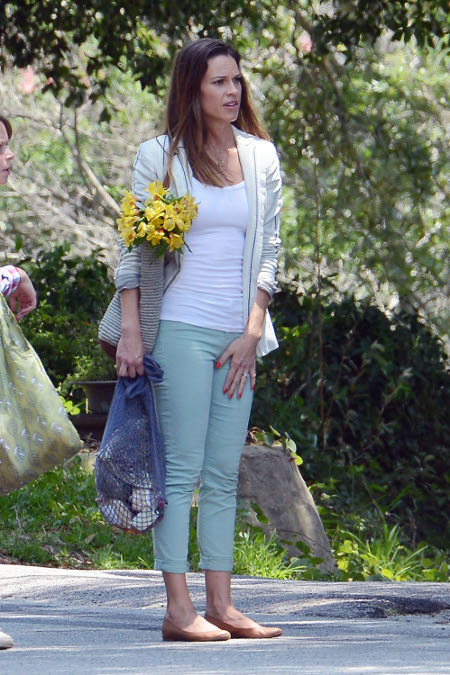 News has just been released that Hilary Swank has split up with her boyfriend John Campisi. A representative for Swank said that the break-up didn’t just happen but, rather, occurred back in May. Nothing much more is known other than the fact that these two are no longer an item, and it appears as if either one of the are shedding many tears. But two-time Oscar winner don’t cry, right?

According to E! online, Swank has spent a good portion of the summer working, working, working. She’s currently filming Mary & Martha, so her time is being put to good use. Swank is no stranger to breakups and splits. The actress divorced Chad Lowe back in 2006 and, after exploring the life of a singleton for only six months, caught sight of John, who’d also been married before as well.

Perhaps Hilary just wanted to return to the single life and explore life without a man in her life. Or maybe John thought it would be a good idea to propose to her, something that Swank probably wasn’t all that into. Back in a 2010 interview, Swank revealed to InStyle: “I believe in the sanctity of marriage. John and I, you know, we were both in long marriages and it’s not something that we need to rush back into.”

So . . . perhaps John was looking to rush into things a bit more quickly that Swank was comfortable with? Let us know what you think of Hilary Swank’s breakup. Surprised? Shocked? Don’t care? All of the above? Do you think Hilary Swank and John Campisi split because of a disagreement?