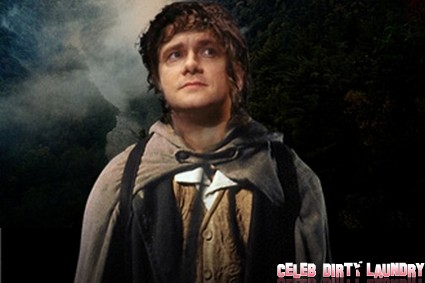 Martin Freeman believes that the character he plays in The Hobbit: An Unexpected Journey, Bilbo Baggins has had sex.  Currently Martin Freeman has been shooting the movie in New Zealand which I must say has got to be one of the most beautiful places on earth. The Hobbit: An Unexpected Journey is a prequel to The Lord of the Rings trilogy and also the first part of The Hobbit series, the movie is about the adventures of Bilbo Bagging, Gandalf and the 12 dwarves.

Martin has admitted that he’s been taking everything about this character into consideration so that he can play this role perfectly. I got to say he’s very dedicated to the role of Bilbo Baggins which makes me think this movie is going to be amazing and that he’s going to be the perfect Bilbo.

Martin told En Movies that he’s pretty sure that Bilbo has had sex, lately he’s been trying to get Peter Jackson, the director, to write the scene into the movie. I don’t know if I’d like to see Bilbo getting it on but hey wouldn’t mind it if it was in the movie.

In the begining Martin was committed to a British TV show called Sherlock, he didn’t even know if he would be able to appear in The Hobbit at all. He said that the thought of this made him feel sad and that he would hate whoever got the opportunity for such a great role as Bilbo.  Luck was on Martin’s side since Peter Jackson and his team wanted to cast Martin as Bilbo so much that they put the production of the movie on hiatus for him to complete shooting.