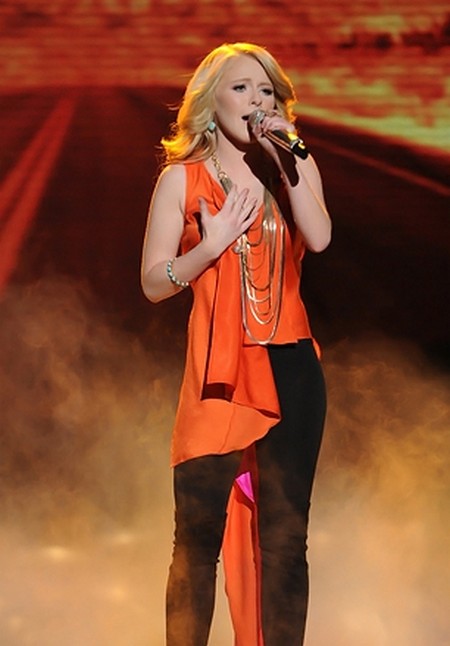 It’s crunch time over at American Idol with just four finalists’ remaining.  Hollie Cavanagh took a huge hit from the judges when they issued the harshest criticism yet for the young singer.  They collectively agreed that she “didn’t feel” her rendition of Bonnie Raitt’s “I can’t Make you Love Me“.

Hollie vehemently disagreed with the criticism in an interview later, “It’s not good to get bad criticism at this point, but I felt [the song],” Hollie told Hollywood Life after taping the live show.

“I felt the lyrics in it, she continued. “They can tell me I didn’t feel it, but I felt it. I feel like I felt it, then I felt it, you know?  It’s just, I guess, my song choice,” Hollie conceded. “They loved the first song choice, but not the second one.”

Hollie has been considered a dark horse this season and certainly can sing, but she doesn’t seem to actually connect with any emotions while doing so. You don’t just sing or perform a song like “I Can’t Make You Love Me“, you have to live and breathe it for those few minutes.  That kind of connection is what other contestants have and in the end, viewers want to FEEL it.

What did you think of Hollie’s performance?  Do you think she’ll be leaving Idol this week or will her past weeks performances be enough to usher her into the final three? Who are you voting for?  Tell us in the comments below!