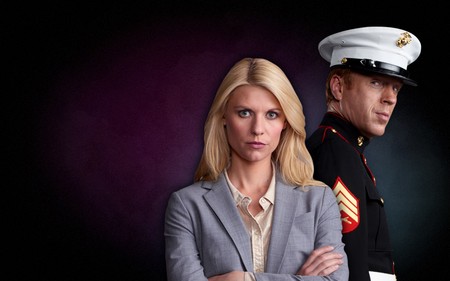 Showtime’s little thriller that could, Homeland, is back with its second season after striking fear and intrigue into the hearts of Americans with a fast paced and shocking first season. Homeland, starring Claire Danes of My So Called Life fame and Damian Lewis of Stephen King’s Dreamcatcher, swept this past award season collecting both Emmys and Golden Globes and insuring that fans would get a second season and much needed answers to high pressure questions.

Season one ended with a bang, almost in the literal sense. Lewis’s Marine Sergeant Nicholas Brody was pushed to show his allegiance to lead terrorist Abu Nazir by suicide bombing the vice president of the United States. While investigating Brody, Danes’s Carrie Mathison found herself off her meds to the tune of the loss of her job at the CIA and what little respect she’d managed to retain after a season of burning bridges to catch Brody and prove that his image as a marine and a grateful POW is just a cover for his work as a terrorist.

In last week’s episode viewers saw the capture and eventual confession of Brody due to the interrogation skills of Mathison. After recording a suicide video explaining his actions and its subsequent discovery by the CIA in Beirut, Lebanon, Brody had little if any ground to stand on. He was interrogated for hours at the hand of the CIA, and the marine confessed that he knew of an impending attack on American soil, that he’d indeed worn a bomb with the intention of harming the vice president, and even gave them information on who else was working for Nazir.

While vindication for Mathison was sweet, there is still a ways to go before she and her team in Langley, Virginia can rest easy knowing the threat has been eliminated. This week’s Homeland will feature Brody working with Mathison and her CIA team in the hopes of putting together the final pieces of where and when Nazir’s attack on America will take place. And, with the added drama of Brody’s daughter’s involvement in a hit and run in last week’s episode, this week’s Homeland episode, A Gettysburg Address, is sure to keep up the intensity and mystery that has made it the hit thrill ride of the season.