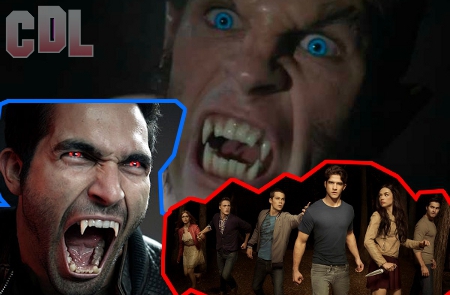 The second season of Teen Wolf just ended on MTV and, for those who watched the episode, you know the finale tied up a lot of loose ends but also left many ends still unraveled and unwound. It’s no surprise that executive producer Jeff Davis left our paranormal-TV-show-loving minds hanging (after all, that’s what producers do best), but the numerous questions the episode raised already has us biting our extremely long werewolf nails and fearing for the future of our fave Beacon Hills monster-fighting gang.

By the time the final credits rolled, we know most of you were in a state of terror. Not because the kanima’s face scared you half to death but because the episode, right after “resolving” the major conflict of the season, set us up for future narratives that we want to jump into RIGHT NOW! We can’t help but wonder . . . .

Did Gerard, Allison’s terrifying grandfather who was willing to sacrifice his own family to save himself from cancer, get away after being bitten by Derek (Tyler Hoechlin)? Does Gerard, somehow, despite having loads of mountain ash in his system, survive the werewolf transformation? If so, will he join the new pack of baddie Alphas that just strolled into town? On that note, what are the new alphas motivations and intentions? It’s quite clear that this new pack of Alphas has brought their naughty claws to Beacon Hills for a reason, and we just hope Scott (Tyler Posey), Allison (Crystal Reed), and the rest of the gang are prepared for war. Because that’s what it’s going to be.

Jeff Davis, a master of twisting plots and bringing angsty teen drama to the screen, chatted with E! Online and revealed a bit more about this new Alpha pack:

“They are a very dangerous threat. The Alpha pack is going to be very dangerous to everyone in Beacon Hills. They’re coming for a very specific reason, which is a part of the mystery of the new season.”

This new pack is going to be an all new cast of actors, and Jeff, while he didn’t reveal much, said that there will be a set of twins in the pack. Girls? Guys? Not sure, but that should be an interesting element, and he says they will be casting for those roles soon. And to answer our biggest question regarding Gerard (Michael Hogan), Jeff said, “He’s not dead.” To which we say, OMG!

One thing this show handled very well was its teen romances. They were good. Really good. Allison and Scott were smokin’ together and, even though we saw their relationship take a deadly turn toward the end of the season, we have great hope they’ll get back together. As we always like to say, Supernatural Love is 4 Evah Love! But what about Stiles? Will Stiles (Dylan O’Brien) ever get with his one true love, Lydia (Holland Roden)? Dylan and Holland have incredible chemistry together and it’s only a matter of time before the show takes full advantage of their potential as a couple.

“I think they have amazing chemistry together. I can see that happening,” Jeff said. “They’re just so good together. One of the things I didn’t expect actually in episode 11 was the looks they gave each other. They were magic.”

Davis is of course referencing that pivotal moment when Stiles finally gets his time to shine on the lacrosse field. After Stiles scores several goals, he looks up in the stands only to see Lydia staring back at him with tempting eyes that reveal something special: “Maybe I care for you; maybe we could be something.”

Good, so it looks like fans of the show will definitely be getting some Stydia action in season 3, but what about nobody-loves-me-so-now-Imma-turn-into-a-lizard-monster Jackson (Colton Haynes)? Davis says fans of the show will just have to wait it out to discover what’s in store for Jackson. However, he also admits that Jackson’s blue eyes (which we saw him don after being turned into a werewolf) are definitely significant, which we knew they would be; we’re psychic in that regard — twelve points for Gryffindor!

Overall, this series is shaping up to be a supernatural force to be reckoned with. Season 1 was strong, season 2 was stronger, and season 3 is sure to be must-watch TV. The popularity of paranormal themed entertainment geared toward the young adult demographic continues to grow. Of course, the reason is not because every kid in high school turns into a werewolf, has to battle psychopathic hunters, or suffers from identity issues only to run the risk of turning into a demonic lizard creature. The appeal is the fact that everyone, no matter their background or supernatural affliction, is prone to the same hardships, trials, and battles found in everyday boring life — and there’s some magic in knowing that.

We can’t wait to jump back into the world of Teen Wolf next season. Jeff Davis and his team wrapped up this chapter perfectly, and we can’t wait to see what kind of badass-ery they have for us in the future.