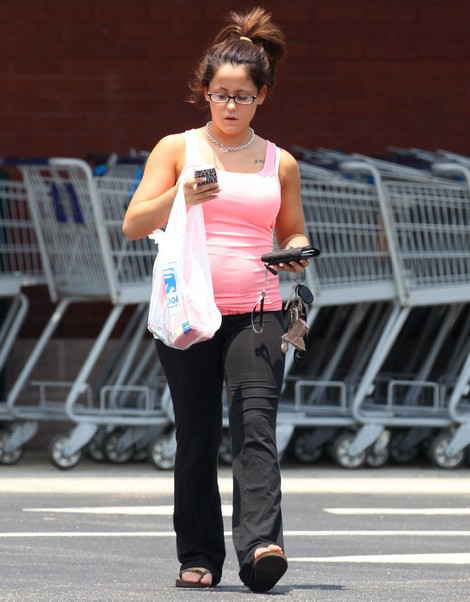 Twenty-year-old mom, Jenelle Evans, of MTV’s Teen Mom 2 stardom, recently reached out to moms of the world on Twitter, after witnessing some bad parenting.

The MTV mom tweeted, “U have a leash on yr child? It’s not even a leash it’s a string? That’s so disturbing….”

I am guessing that she is referring to those kid leashes that strap on like a back pack. I’m not a mom, so I can’t really swear if e evil. The concept makes sense though, right? Kid always tries to run off—don’t communicate with your child, just physically impair them so it is no longer possible!

Of course, using a bit of string is decidedly more, how to say it nicely, trashy than the leashes that look like backpacks. But is Jenelle really in a position to be giving parenting advise?

Jenelle is currently trying to get back custody of her son, Jace, who is currently being cared for by Jenelle’s mom because Jenelle has been struggling with drugs, alcohol, and domestic violence. Obviously not a good place for a child!

The mom (who has never been the legal guardian of her son) tweeted, “kieffer listened to your pipe requests ladies! today he made 2 of these bunny pipes that resemble the Playboy Bunny.”

I think the only place to go from here is up, right?

Well, for normal people this may be what rock bottom looks like. No child, in and out of court, dating someone who has hit you . . . I really hope that Jenelle can get it together. Wouldn’t it be awesome if, two years from now, MTV did a Teen Mom Turnaround special, covering how the moms got off drugs, worked out their legal issues, went to school, and provided stable homes for their kids?

But, in the meantime, I guess that they can use Kiefer’s income from his pipe business to pay for rehab, and perhaps save enough for a lawyer? I would really like to see Jenelle get some therapy (and not the kind that is filmed and put on primtime TV) and EARN Jace back!