How Embarrassing! Zac Efron Drops A Condom Out Of His Pocket On The Red Carpet (Video) 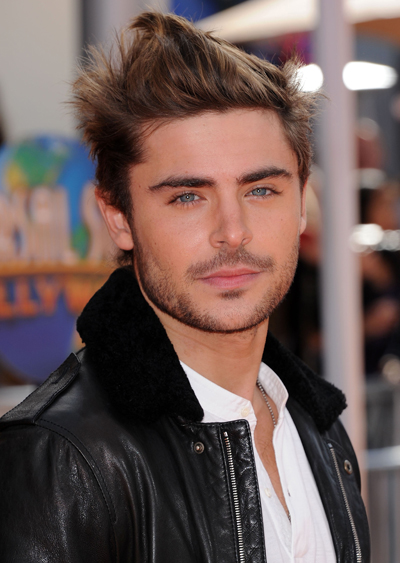 Was Zac Efron getting frisky in his limo on the way to the recent premiere of the kids flick, The Lorax?

While posing on the red carpet at the movie’s premiere in LA, the 24-year-old actor took a piece of paper out of his pocket to hand to his publicist, and while he did that, what looked like a gold, square-shaped condom toppled out his pants and landed on the red (orange) carpet.

Looking embarrassed, Zac quickly swooped down and retrieved the condom but not before mouthing to his assistant, “Oh my god!“

He even seemingly cracked up about the situation and had to turn his face away from photographers for a moment afterwards. However, he managed to rebound by putting his sunglasses back on and posing some more.

And while Cosmopolitan.com has praised the actor for practicing safe sex, we can’t help but wonder who exactly Zac is practicing with. Could it be his new, rumored girlfriend Lily Collins, or perhaps somebody else?

Either way, it’s clear that Zac is all grown up and no longer the child star he used to be back during his High School Musical days.

Watch the video below to see the awkward moment: