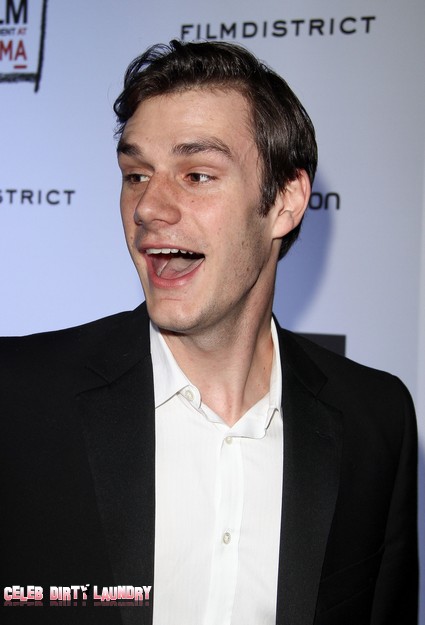 Marston Hefner the eldest son of Playboy icon Hugh Hefner was arrested Sunday night for attacking and beating up his girlfriend Claire Sinclair who happens to be Playmate of the Year for 2011. Police were called to their joint residence by a family member of Claire’s who reported that she had been attacked by Hefner. Officers were able to clearly see the results of the beating Claire took – including bruises and red marks.

Hefner admitted that he had an ‘argument’ with Claire and after a quick investigation arrested the brute and dragged him off to jail. The lout was booked on misdemeanour domestic violence and released on $20,000 bail several hours later. Claire told the police that Marston had punched her, kicked her in the stomach and then refused to let her leave the residence.

TMZ has the exclusive: Law enforcement sources tell TMZ … cops were called to the pad Marston shares with Sinclair in Pasadena, CA after one of Sinclair’s family members called 911, claiming Marston had attacked her.

After a brief investigation, Marston was arrested for misdemeanor domestic violence at around 11:15 PM … and hauled to a nearby police station where he was booked.

Claire had been dating Marston periodically since August 2010 – guess she has learned the hard way that all that glitters isn’t gold.