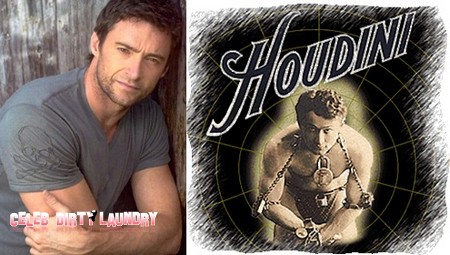 Hugh Jackman, mostly known for his role as the Wolverine in the X-men films has landed himself a role in Broadway as one of the world’s most well known escape artists, Harry Houdini.  The play will be called “Houdini” (who would of guessed?) and will be a musical play, it’s confirmed that Jackman will be starring in the play during 2013 to 2014.

Jackman says, “I have been deeply fascinated by the life of Harry Houdini since I was young, and in many ways I’ve been preparing for this role my whole life, I am thrilled to be collaborating with this collection of artists who are all at the top of their game.” When you see an actor who’s excited about a role, you can only expect nothing but greatness to be portrayed.

It’s been said that this play won’t be a biography about Houdini’s life, but rather a story about Houdini and three women who were able to convince tons of people that they could actually communicate with the dead.

Personally I haven’t seen a Broadway play in a long time, but I’ve got to say this seems quite promising. I really like Hugh Jackman as an actor so I believe when this comes out and I’ve got the time, I’d really liked to go and see it. I myself am quite interested in Houdini’s life and his career.  He still fascinates many people.