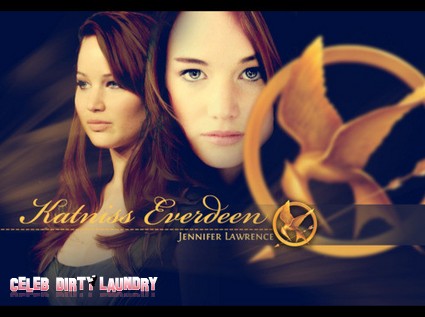 Hunger Games actress Jennifer Lawrence was snapped leaving a grocery store in LA on Tuesday looking pretty casual and relaxed.  Any why wouldn’t she be?  It’s not like she’s got a huge movie coming out March 23rd.

Speaking of said movie, Jen has been busy as a bee promoting the movie along with her co-stars.  Her director, Gary Ross, was interviewed recently by MTV and had nothing but the highest praise for Jennifer.  This is something that every actor wants to hear!

“She is so good, it’s silly. Seriously, I just want to write her parents a thank-you letter for creating Jennifer Lawrence. Once a generation, you find this kind of talent.”

“The stuff she does in the tracker jacker sequence is incredible, the stuff in the cave with Peeta, she’s just remarkable in there. Obviously, from the trailer, you’ve seen what she does in the Reaping, the commitment, and how about the little girl (Willow Shields), who plays Prim? The commitment Jen has, the bravery, the incredible control over what she’s doing, she’s just remarkable.”

Well thank god she nailed the role, because her character Katniss is pretty amazing.  I for one am dying to see Jennifer portray her, and the director’s comments only reaffirm my earlier thoughts that casting her for the role was perfection!!