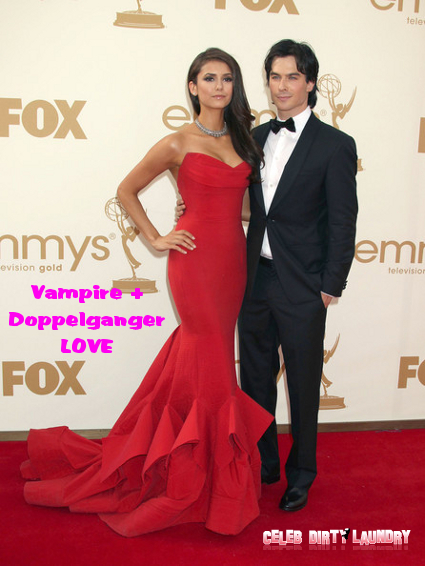 Ian Somerhalder and Nina Dobrev, the actors that play two of our fave characters on the hit show Vampire Diaries, have only five days left of shooting before they pack up their backs and journey into a much-deserved vacation.

Fans of the show, as evident on his Twitter account, are worried that there won’t be a season 4, but we’re pretty sure there will be. I don’t think The CW could risk cancelling such a successful show . . . yet. Sure, there will come a time when the story runs dry and there will be nothing left to write, but for now anyway, I say they have a lot more territory to explore with their characters. I wouldn’t worry too much, folks!

Ian and Nina are in a relationship and, being that they’re both heading home after the season’s shooting wraps up, it’ll be interesting to see where they end up. Chances are they’ll wind up living together, but you never know.

Who out there thinks real-world Damon Salvatore is going to win over real-world Elena? Leave your comments in the comments section below. Make sure to come back here later tonight to get a full recap, as well as a review, of tonight’s episode entitled “The Murder of One.”