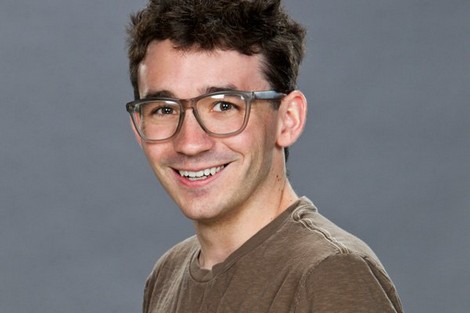 Tonight on the finale episode of Big Brother 2012 Season 14, the winner was announced, and it was Ian Terry. Ian won the game by a vote of 6 to 1. It’s been a season of tantrums, friendships, feuds and mocking; all the reasons why we love Big Brother.  The runner up is Dan Gheesling – Dan wins $50,000.  Frank is America’s favorite houseguest and received a prize of $25,000.

Can you believe that Ian Terry won?  Do you think he played the best game? Personally, I thought Dan, who already won Big Brother 10 played the best game. He manipulated every single person even though they new what he was like before he came into the game, he even convinced the other house guests to repeatedly save him when he was on the block. When Dan hosted his own funeral, I thought I had seen everything. But, leave it to Dan to have more up his sleeve when he not only royally back stabbed Danielle in the back when he backdoored Shane Meaney, but got her to throw the first round of the final HoH and let him win. Does it get any better than that?

Ian was the youngest player this season and didn’t win anything for a long time and all of a sudden when it counted, towards the end he started winning. I wanted him to win the game in the beginning, but then he started kissing up to Dan that turned me off. Ian is a smart guy and it just would have been nice to see him use some of that courage more often like he did when he masterminded Boogies eviction.

There really isn’t that much to say about Danielle except that she had to be the dumbest player ever in Big Brother history. You might be wondering how dumb she was, well she repeatedly believed Dan when he lied to her over and over again, which was bad enough, but she also had a once sided showmance with Shane that at times looked like she was stalking him.

In the end, there is only one winner and whether it was who you or I were rooting for or not, we’ll have a chance to do it all over again in season 15 which will air in 2013.