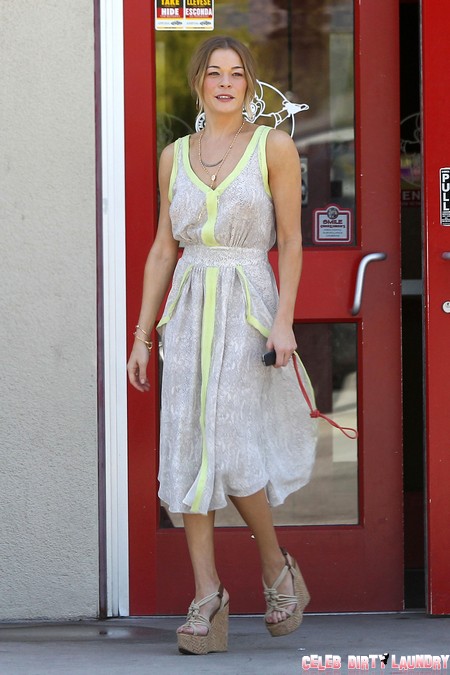 The LeAnn Rimes rehab story has continued to unfold over the course of  the day and now it seems she’s taking on the role of victim. It has already been confirmed that she is in some sort of facility that helps people to cope with severe stress in a better way. It’s not a traditional situation, meaning she’ll get to go home on weekends and still has her cell phone and contact with the outside world as much as she chooses.  Somehow this facility will hope her to handle the severe adversity she has been dealing with lately. TMZ has more,

LeAnn has been in meltdown mode recently over a war she’s been having with a group of people who are upset about her relationship with Eddie Cibrian.  The group has gone after her in a big way on Twitter, and LeAnn — rather than ignoring them — has fought back.  We’re told the stress has been unbearable for her and she wanted help.

Rimes alleges Kimberly Smiley and Lexi Smiley are supporters of Brandi Glanville — Eddie Cibrian’s ex — and engaged in a campaign to trash her when she hooked up the with Eddie.

Seriously, she is losing her mind over a Twitter war?  Or is it three years worth of guilt that is starting to surface?  Let’s not forget how LeAnn whored her way into Eddie Cibrian’s bed successfully busting up BOTH of their marriages at the time!  She then had the nerve to try and justify her actions and flaunt her relationship with Cibrian as often as possible, in spite of the fact that her actions helped to take a full time dad away from his young sons.

LeAnn emerged a real winner in the end. Eddie married her skanky ass and she then watched her career dwindle as she skipped her way down the (rumored) path of eating disorders and substance abuse. Eddie loves her protruding hip bones doncha’ know?  Of course you do, because LeAnn screamed it a million times over on Twitter, likely to that same posse of followers that she now accuses of cyber bullying her.

LeAnn is now saying that she spoke on the phone to one of these sight-unseen bullies (Who does that?? Eat a sandwich and maybe you’ll be thinking more clearly next time!) and they recorded the conversation.  Of course the content of that little chat was posted across the internet and Eddie’s gal just can’t handle it.  Her attorney, Larry Stein says that she will “Take all of the appropriate steps to address the harm that [she] has suffered as a result of this criminal conduct.”   Okay, whatever.

Do you think karma is catching up with LeAnn or are you feeling sorry for the bag of bones? Tell us in the comments below!