If Robert Pattinson Were King 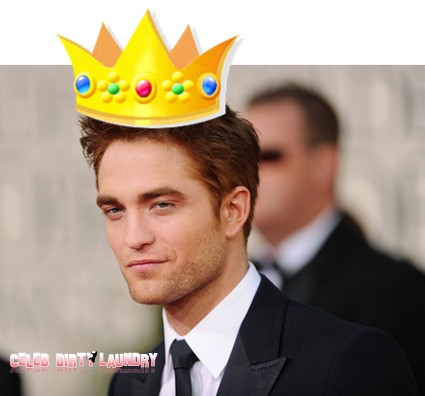 If Robert Pattinson were king he’d make a few sweeping changes – like outlawing boring people. Speaking to German magazine Bravo, the world’s most popular vampire made it clear that boring people should be sent to “prison.” When questioned as to how he would run the world if he were king, Robert proclaimed: “I’d prohibit boring people. In my opinion there is nothing worse.”

Robert would “prohibit” those with a lack of personality in his ideal world and force them to spend time behind bars to learn how to be “creative.” To quote the super celeb: “The people who were boring should be in prison and be forced to learn to be creative with the other prisoners.”

I never knew that prison helped people to learn creativity.

Aside from dispensing with all those boring people, Rob also claimed he would love to discover a beautiful area that wasn’t overpopulated and name it “Shit City” in the hope that such a name would discourage other people from visiting so he could enjoy it all to himself. Or at least with only Kirsten Stewart.

Rob said: “I would find my own city called ‘Shit City’. With a name so daunting that no one would want to live there for anything. But it would be as pretty as the Fiji Islands – a haven just for me!”

With all the money Rob earns you would think that someone, maybe his accountant, would let him know that he can buy such an island right now – without being ‘king.’ One other detail – since Rob is banning all things boring from his ideal world could he please banish all ‘Twilight’ movies?