Is Fergie Pregnant And Trying To Hide The Baby Bump? (Photo) 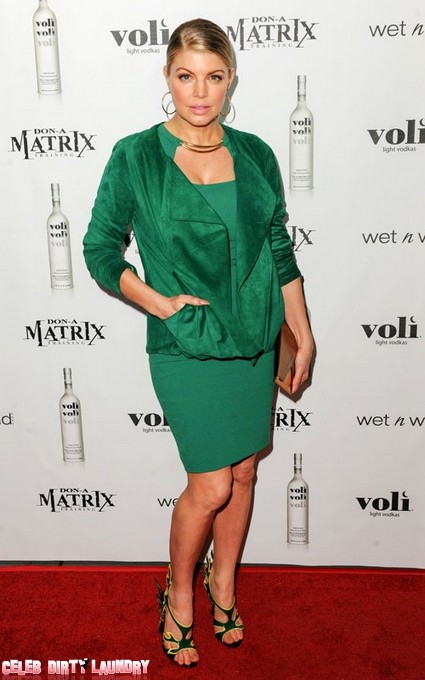 Is Fergie in the family way? That’s the question after she rocked up to a swanky do in Beverly Hills over the weekend all covered up. The Black Eyed Peas singer is usually flaunting her killer body on the red carpet for all to see…but on Saturday she wore a jacket over her dress. Not her usual look. Fellow guests were asking if she was hiding a baby bump.

The 36 year old has made no secret of her desire to become a Mom. She married actor Josh Duhamel in January 2009 and the pair have often talked about starting a family. The Glamorous singer once said ‘He’d make an amazing father. He’s great with kids. I mean he can pick ‘em up and swing them around. He was around kids all his life so he’s going to help me because I wasn’t around young, infant babies. He knows how to change a diaper. He knows how to do everything, so I’m the luckiest wife.’ He could be put to the test soon!

Up until now the sometime actress and her hunky husband have been way too busy with their careers. She was touring the world with the Peas and he was making back to back movies. But life isn’t as hectic at the moment making it the perfect time to start a family.

Fergie doesn’t mind putting her work on the back burner after a decade of chart hits…she quite happily says ‘once I have children, the kids come first.’ But will she still rock those barely there costumes when she does return to the stage? ‘You can be a mother and still be completely sexy‘. Watch this space…er… I mean baby bump!

More Baby News : Why Snooki Lied About Her Pregnancy?