Is Eva Green Splitting Up Another Hollywood Couple? 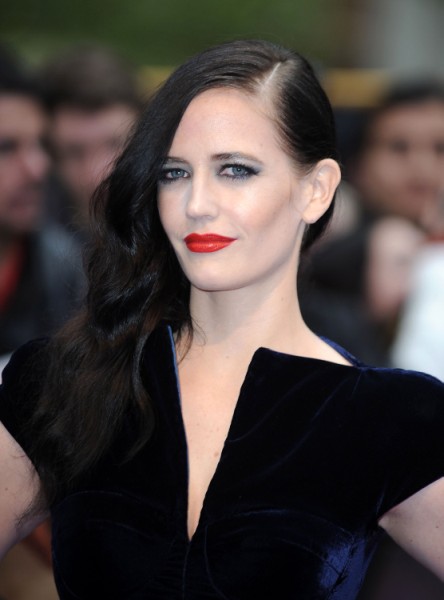 It’s not all work and no play for Eva Green and Sullivan Stapleton on the set of their new movie, 300: Rise of an Empire.

An anonymous source tells Celeb Dirty Laundry that the two have been hooking up which is no new thing in Hollywood. Too bad Sullivan’s involved with (and perhaps engaged to) Australian TV veteran, Jo Beth Taylor.

Our source said the clandestine booty calls would have stayed secret except “he [Sullivan] bragged about it to several crew members afterwards.” Kissing and telling. So not cool. The two had a love scene together and the relationship started from there. Representatives for both Green and Sullivan could not be reached for comment.

But Eva isn’t the only girl Sullivan’s been busy with in Bulgaria. “Apparently he’s been trying to lay pipe all over Sofia,” the source said, “The producers hate him because he stopped working out and has gained weight and drinks often, but he doesn’t really care.”

That can’t be good. 300 movies are known for scantily clad men with eight packs. Brush up on your Hollywood history, Sullivan! There weren’t any fat Athenian warriors! Just ask Gerard Butler!

I doubt Eva’s heart’s broken by the news. I can’t imagine Eva would get easily hooked on someone. But she is creating a bad reputation of sleeping around with attached men on sets, right? She was also rumored to have been involved with Johnny Depp while they filmed Dark Shadows. I’m not one to always point the finger at the other woman. Johnny Depp clearly had a foot out the door in his relationship with Vanessa Paradis and needs to be held accountable for cheating. Sullivan Stapleton too. I have no idea what kind of an arrangement he has with Jo Beth but I’m sure the last thing she wants is him bragging about screwing a chick that isn’t her. But all the rumors of being the other woman can’t help. I don’t know if they will hurt either though. Eva Green has never cared or tried to be the girl next door.

Does anyone out there know of Australian actor, Sullivan Stapleton? He’s pretty unknown in the U.S. right now but that could change if the 300 prequel does well. Is Eva Green splitting up another Hollywood couple or has she just caught a bad rap from the Johnny Depp rumors?