Is It The End For Reality TV Couple Khloe Kardashian And Lamar Odom? 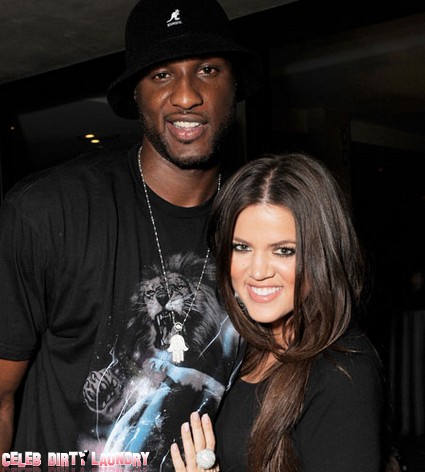 We all love watching Khloe & Lamar. It’s a guilty pleasure. But what if the show starring Khloe Kardashian and her basketballer husband Lamar Odom ended? Well, there’s talk the current season could be their last. Not because the pair are headed for divorce – but because Lamar is over being a reality TV star.

The Dallas Mavericks player wants to concentrate on living his life in private which means no cameras. No dramas. No sharing every little detail with the TV audience. But Khloe isn’t so sure. She’s been a fixture on our televisions for a while now and she likes it! An insider has told HollywoodLife.com ‘Lamar wants out of the reality TV limelight, but Khloe is convinced that if Lamar doesn’t continue being on TV with her, there would be NO Khloe. The whole reason Khloe has become so popular is because of her marriage to Lamar. She obviously doesn’t want Lamar to be unhappy, but she knows that all the drama makes for good TV.’

You see Lamar doesn’t have the same appetite for fame as the Kardashians. The insider added ‘ Fame will always be more important than husbands and boyfriends‘. And that could ultimately tear the two apart. Lamar has a successful sporting career in his own right but Khloe is famous for being famous. Sure she helps designs handbags and some other bits and pieces – but she’s not a major star in her own right. But she does have her own TV show. And she’s going to fight to keep it.