Is Johnny Depp Having A Mid-life Crisis With Amber Heard? (Photo) 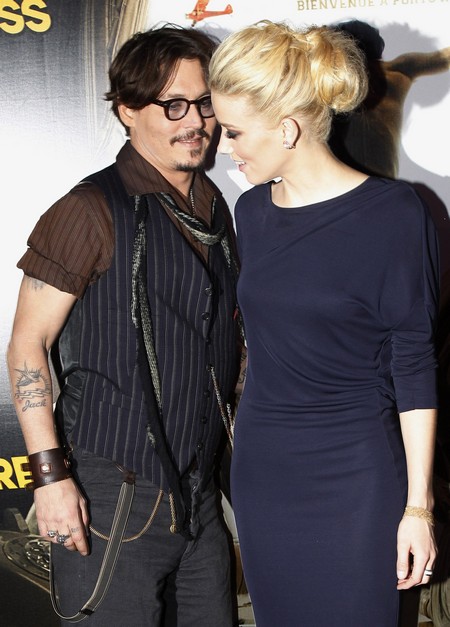 Did Johnny Depp really walk away from his 14-year relationship with Vanessa Paradis for Amber Heard?? Well, let’s think about this. There has been a lot of speculation as of late ever since Depp and Paradis, the mother of his two children, finally admitted to the public that they had in fact split up. What took them so long – considering they hadn’t been seen together publicly in ages – I have no idea, but split they sure did.

And now there are all these reports of Vanessa finding text messages from Johnny’s Rum Diary co-star, Amber Heard. Ok, so text messages are one thing, but do this mean the two are in cahoots? Amber has been very clear that she is interested in the ladies, and has been in a relationship with a female photographer for quite some time.

So why was both Johnny and Amber spotted together in Las Vegas earlier this year, and why are their reports that he bought Amber a horse, and why oh why is she visiting him on the set of The Lone Ranger? They’re ‘just friends’ I suppose.

Depp, who is 49 (man I am getting old!) and Amber, 26, claim that they became really close after bonding on set, but that they are in no way romantically linked. My sources are pretty adamant that Amber is contently happy in her relationship, and only tangles with women. So does this mean Depp is having a mid-life and chasing after an impossible dream? Sounds about right…