Is Kim Kardashian Going To Be Khloe Kardashian’s Surrogate? 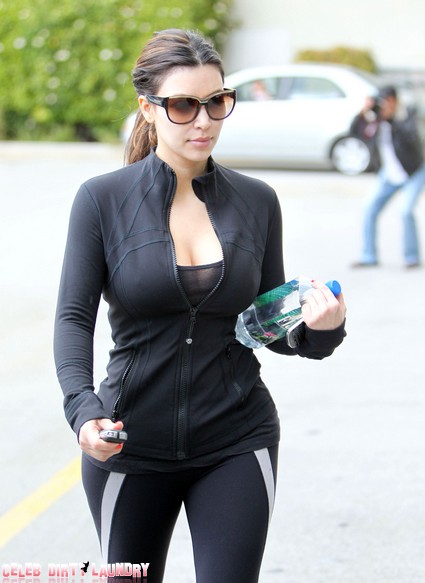 It’s common knowledge that the youngest Kardashian sister, Khloe Kardashian and her NBA hubby Lamar Odom have been trying to get pregnant without success. Khloe has been more than frank about doing things au natural and has adamantly denied reports that she’s been seeking fertility treatments. So will there be a little Odom anytime soon?

Who knows, but one things for sure – she can always rely on her big sis Kim. Kim Kardashian posed for the cover of Allure magazine recently and revealed that Khloe had asked her if she would be a surrogate if all else fails. Talk about close sissies! Kim quickly admitted that Khloe was only joking, but it’s nice to know that it’s a possibility. Kim told the magazine:

“I said, ‘I think I have a couple more years when I just want my body to myself. At 35, I promise I’ll consider it.”

So there you have it. No babies anytime soon from either Khloe or Kim – but you can be sure to expect oldest sister Kourtney Kardashian to pop out baby number two in a few months. Get ready for another Kardashian to join the clan!