Is Lindsay Lohan Falling In Love With Gerard Butler? 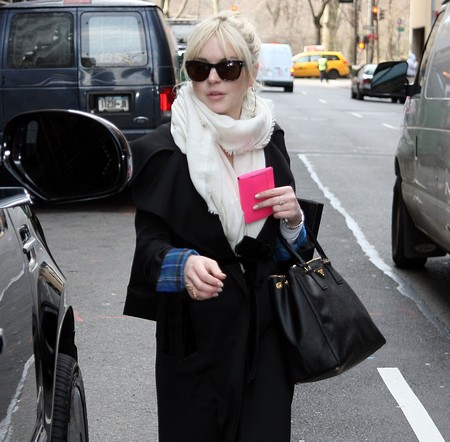 Is Lindsay Lohan heading off of the reservation with Gerard Butler?  Lindsay could be preparing for a post-probation swing with Gerard after the two were spotted in a flirty romantic situation at West Hollywood’s Chateau Marmont.  It seems that Butler’s arrival at the Marmont was all about meeting Ms. Lohan.

People mag reports that according to sources:  ‘Butler sauntered over to the garden bar near where Lindsay and her friends were seated.  The two were laughing and telling jokes, and Butler kept his hands on both sides of her chair as he leaned in close to talk. She was soaking up the attention and even asked him to come closer so she could whisper in his ear.’

And the 42-year-old actor – who recently completed a stint in rehab for painkiller addiction was by all accounts still in high spirits last night as he sat court-side at a Lakers game.  It seems that the flirty night out with Lindsay was just what the doctor ordered for the Scotsman

Butler is a trained lawyer who has the reputation of a bit of a lady killer.  He obviously has substance abuse issues although he claims that his pain killer addiction was a consequence of a surfing accident.  Can you imagine the outcome of a substance-abuse prone Lindsay hooking up with Mr. Butler?

It just doesn’t seem like a wise choice for Lindsay… or for Gerard.  What do you think?  Let us know in the comments below.