Is Nicki Minaj A Demanding Bitch? 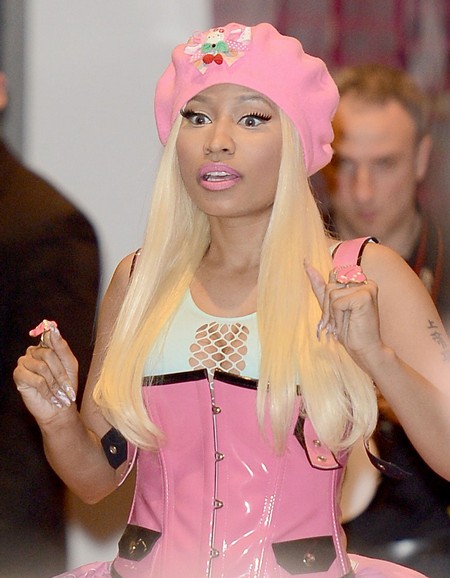 Nicki Minaj is apparently a very demanding employee and some have said that she can be a demanding bitch.  While on tour artists get hungry of course and thirsty, it’s an inevitable fact of reality. So everyone would like to have something to drink or eat on the go, but Nicki decided to be a demanding bitch about it.

Nicki has demanded to get fried chicken, Belgian waffles and a tray of cold meats with twelve Red Bull, whipped cream and strawberries. What kind of party is she going to be having? How the hell are you going to ask for so much when you yourself couldn’t eat it all, is she trying to gain weight?

Let me guess, if she doesn’t get what she’s expecting, she will just start whining and complaining when she gets up to promote her own new music, like a certain brat, named Justin Bieber. If you’re going to honestly demand the likes of food and drinks at least make it logical in some manner, it’s like if I go to McDonalds and ask them to give me hotdogs and lasagne.

Plus, may I add, that if she even just drank six of that Red Bull bug juice in one sitting it is enough to actually kill her, so I’d consider her an idiot to demand having twelve of them to drink.  Unless she is trying to be like Demi Moore – in which case I’d really consider her to be an idiot.