Is Reese Witherspoon Siding With Her Father? 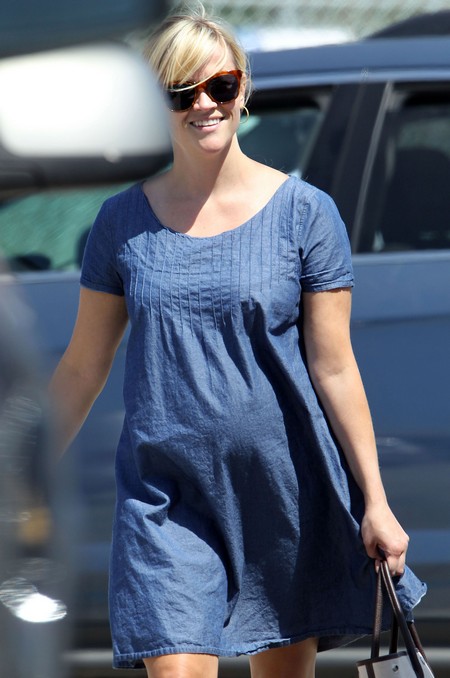 It appears as though Reese Witherspoon has a lot going on in her life.  Having just recently been married and now expecting a baby with new husband Jim Toth, the Oscar winning actress is also going through some personal issues with her parents.

Reese, 36, recently had to return to Nashville, Tennessee to attend a May 11 hearing with her dad John, 70, and mom Betty.  Reese’s mom is accusing John of bigamy, claiming that his January wedding to Patricia “Tricianne” Taylor isn’t legal as Betty has never legally been divorced from him.  She is also alleging that John suffers from early-onset dementia and is requesting conservatorship over John.

Yikes- this is some serious family drama brewing for Reese.  While it’s unclear as to the whereabouts of mom Betty, it’s been reported that Reese’s dad is staying with his daughter in L.A along with her husband.  So does this mean Reese is taking her father’s side?  She was spotted on a recent hike this weekend with her dad and two children Ava, 12, and Deacon, 8 – all looking quite somber.  A close friend of Reese has said the actress is “devastated” and trying her best to support both of her parents.  Another source who spoke to the actress last week told People Magazine:

“She’s doing okay. It’s just not something that’s easy to deal with whatever way you look at it. She wants her parents to be happy, and of course she’s going to care for them – she always has – but it’s a stressful situation.”

Thankfully she’s got her hubby at her side, this is no doubt a sticky situation for the whole family.