Is Russell Brand Losing His Mind? 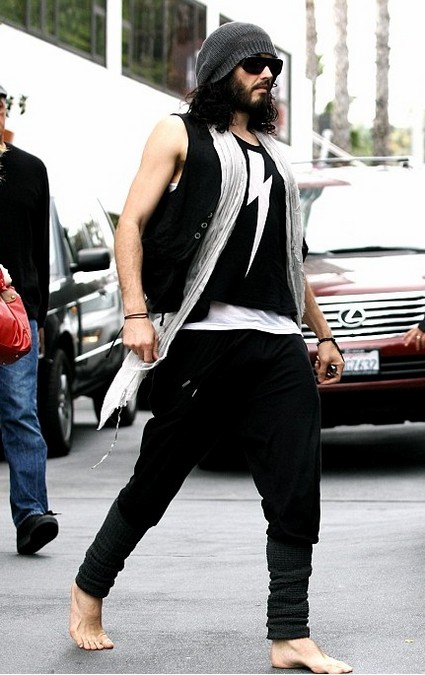 Russell Brand, a man who’s mostly well known for his wit and humour, raised eyebrows as he left his Hollywood hotel without any shoes on. Some think this is due to his mind not being all that focused.

The man who just recently separated with his wife, the beautiful Katy Perry, had pictures taken of him leaving his hotel waiting for a car barefoot. Now, many people are finding this weird or thinking that perhaps he’s not “mentally” all there. I for one don’t see what the big deal is, he probably just felt like it was a day to not wear shoes, it’s not like it’s going to kill him or anything, he just crossed a road. After all, he didn’t leave the hotel naked and that I think would have been more reason for concern.

I haven’t watched a lot of films with Russell Brand in it; he’s a pretty funny guy and seems like a nice person. He refused to accept $20 million of Katy’s money which he was entitled to since it was part of the divorce; there are not many people in this world that would have done the same. Sounds like a good guy to me.