Is Teresa Giudice Wreaking Havoc On The Celebrity Apprentice Set? 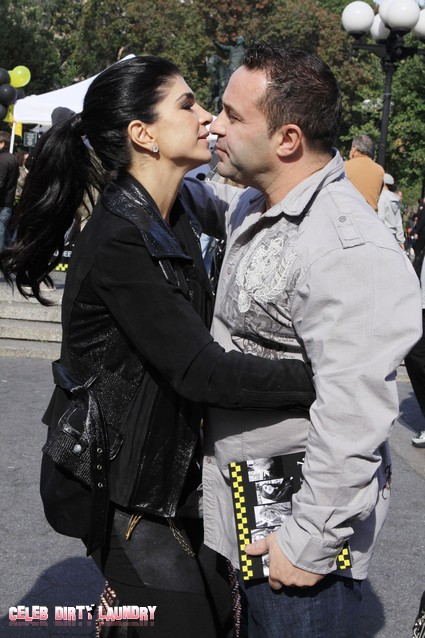 The Celebrity Apprentice  was back last week with a whole new season of 18 celebrities vying to win a a $250,000 bonus check for their charity.  Did you watch the premiere episode?  We did and we have a recap of the show here for you!  This season is set to deliver us tons of real drama and apparently Real Housewives of New Jersey star Teresa Giudice is wreaking havoc on the Celebrity Apprentice set already.

Rumor has it that Teresa’s hubby Joe is hanging out with one of the female cast members and Teresa is not pleased.  Teresa is said to have a nasty temper and when she thought he was hitting on the women she went ballistic.

The National Enquirer reports:  “Joe, 41, is like a kid in a candy store with all the Celebrity Apprentice female contestants.  Besides his booze  benders and violent outburst he fancies himself a ladies’ man, so it’s not hard to figure that he’d flirt with the women on the show.  But none of them want anything to do with Joe.  Although they were polite, the kept him at arm’s length.  Teresa doesn’t have a thing to worry about as far as her ‘Apprentice’ rivals go.  But she’s a’ hothead!’

Another contestant Victoria Gotti told talk-show host Wendy Williams that she had quite a blow-up with Teresa during one task.  Victoria said: ‘I thought it was going to get physical.'”