Jake Pavelka: from The Bachelor to Stripper! 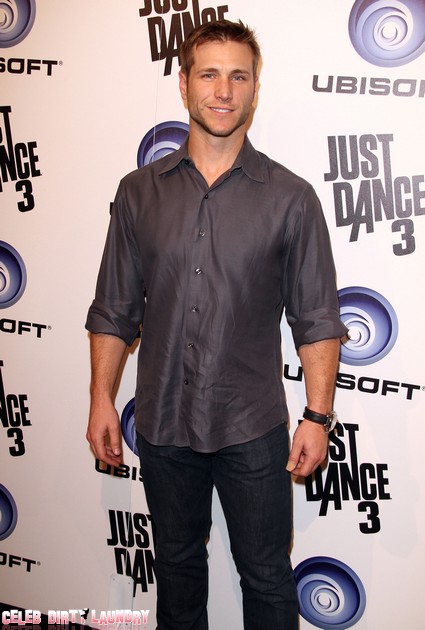 Did you ever wonder how long a person could milk their 15 minutes of fame for? Well, if your none other than Jake Pavelka, after two years, he’s still milking it. The former Bachelor who told fiancé Vienna Girardi that he hoped she “falls 3000 feet to her death” has moved on from his “Bachelor” days and headed to Vegas. The once pilot for Atlantic Southwest Airlines, will be flying high in his new job with the bare-chested Chippendales in Las Vegas, Nevada on their 10th Anniversary at the Rio All-Suite Hotel and Casino.

You are probably wondering if Pavelka will be doing the full monety with those hunky guys, well hate to disappoint you, but he won’t be. Burt don’t be too disappointed, he will be taking off his shirt and flashing that sexy six-pack.

Pavelka will be on stage with the hottest guys in sin city, using his charm to keep many women satisfied while he hosts the ultimate Las Vegas “Girls Night Out”. After Pavelka showcased his lack of dancing talent on the tenth season of Dancing with the Stars, I think it’s a blessing he won’t be dancing with the Chippendales, otherwise they might not get to see an 11th anniversary.

Pavelka follows in the footsteps of former 98 Degrees member Jeff Timmons and “Jersey Shore” star Ronnie Magro, who have already had their chance to host the Chippendales.

In other Jake Pavelka news, he recently let his funny side show in the hilarious series, “Jake Means War” starring Reese Witherspoon. On the show, Pavelka recaps The Bachelor and offers up some of his witty opinions on the girls and a bit of dating advice. I don’t think I would take his advice to heart, he really hasn’t that much success with his own love life. What’s next for Pavelka, well there are plenty of other reality show he hasn’t been on yet! Who knows, maybe we will see him on Survivor or Celebrity Apprentice, or maybe he’ll go back to having a real job and pilot the skies of America again!